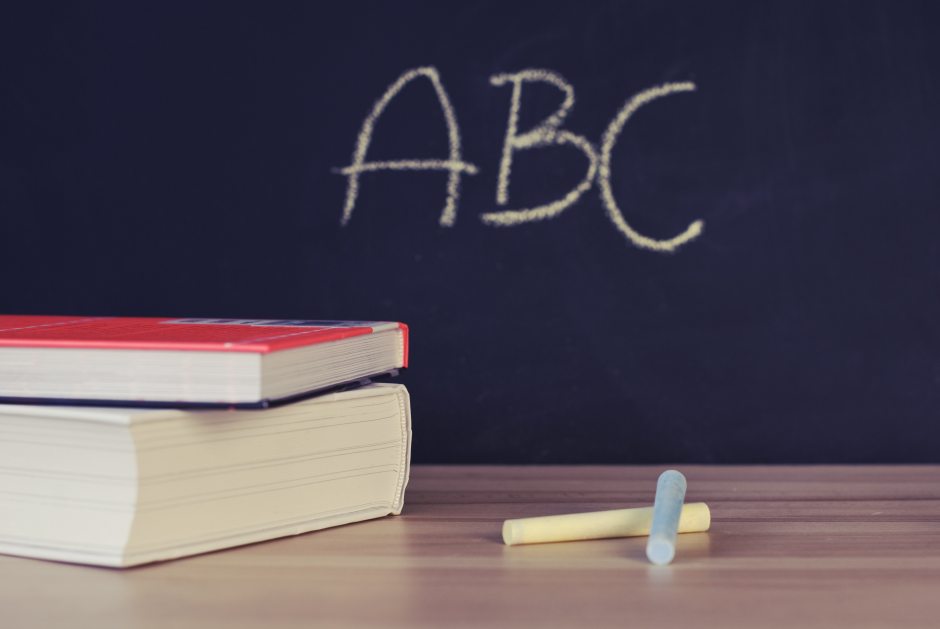 I am one of those people who think that schools should be a place that you learn more than just the reading, riting and rithmatic.  I think schools should teach a few life skills as well.

I know it isn’t a popular view, and the counter-argument tends to be that parents should be teaching these skills.  I agree, parents should be.  But if there is one thing my work has taught me, it’s that they don’t.  Some lack the time, some lack the skills, and some simply lack the inclination or ability to have their life together.  Should the burden fall on the education system to make up the gap?  No, but where else will it fall?  If it doesn’t land on someone, our children are going to keep being failed, and it isn’t their fault.

I’m not suggesting that teachers should suddenly be interrupting maths to take their students through the basics of tax returns and changing flat tyres, of course, a la To Sir With Love (but look at what a difference he made!).  It is something that needs additional funding and additional teachers.

Where am I going with all of this?  Well, I want to talk about why and how I think endometriosis should be discussed in schools.

Most schools do some form of sex ed anyway.  In my years at school I experienced a number of different styles.  In Year 6 we watched a video of a woman giving birth, with a close-up of the baby crowning.  That was traumatising as a 10-year-old, let me tell you.  In Year 8 we got some vague talk about periods.  In Year 10 we got yelled at by a right-wing American lady whose catchphrase was “Keep your pants on!” In Year 12 we were treated to a run-down of all the common STIs you could get, with obscenely graphic photos.  All in all, sex ed was a mixed bag and left a lot of questions unanswered.  Certainly, none of them taught me much of use, such as the value of consent or the importance of peeing after intercourse.

All in all, sex ed in Australia is a bit of a shambles, particularly in religious schools.  Don’t get me wrong, I loved my Christian schools – great teachers, great friends, great courses – but the sex ed was, well….

I’m not opposed to promoting abstinence.  It’s 100% the most effective way not to get an STD or fall pregnant.  It’s well documented, though, that abstinence-only education does not actually help students or reduce rates of teen pregnancy.  I would really love to see a sex ed course that discusses the value of abstinence but also acknowledges that not everyone will remain abstinent, and give them the information they will need if they don’t.  I’d like it to cover the sciencey side of things (anatomy, periods, puberty, fertilisation, pregnancy etc), the emotional side of things (hormones, temptation, relationships, consent, domestic violence, red flags), and the basics of common diseases.  By common diseases, I don’t just mean STDs.  I learned a lot about HIV during sex ed, and that’s important, but roughly 25,000 people in Australia were HIV+ at the end of 2015.  The numbers for endometriosis are more like 1 million, but we never heard a word on it.

If students were educated on endometriosis, I think we’d see a lot fewer teenagers labouring through horrific period pain thinking that they are just weaklings who can’t handle a few cramps.  I think we’d see teenagers who’d know that maybe something wasn’t quite right and seeking referrals to specialists much earlier, which would hopefully help end the current massive gap between the onset of symptoms and diagnosis.  Early treatment would hopefully help reduce the impact of the pain on young people’s schooling by reducing absences and increasing their ability to participate in school life.

Moreover, if school staff and administration knew more about endometriosis, there might be fewer deeply unsympathetic attitudes from teachers and school nurses.  Students with periods may be allowed easier access to controlled dosages of panadol and ibuprofen from the school nurse, more frequent bathroom breaks, or little things that would make their attendance as class easier, such as a heat pack or a cushion for their chair.  They might be less likely to be dismissed as drama queens, attention-seeking, weak, not trying hard enough, or deliberately trying to get out of school activities.  Even basic education on the fact that periods can be totally erratic and unpredictable in when they arrive or can have terrifyingly heavy flows may assist some educators in changing their attitudes towards students who are struggling.

It would also contribute to reducing the stigma around periods that sees teenagers sneaking to bathrooms with tampons tucked up their sleeves like the very sight will be toxic to young men.  High school can be a seriously messed-up place and one part of that is the bizarre attitudes of high-schoolers towards all things “feminine”.  If you aren’t girly enough, you aren’t desirable to the boys, and goodness knows that’s what’s important, but if you are too girly you aren’t cool and one-of-the-guys so you don’t get their approval that way either.  Either way, you don’t discuss periods because that’s girl stuff (ew) and boys shouldn’t have to hear about that.  There are some wonderful young men who are exceptions to this and will carry supplies in their bags in case friends start their period, but they are all too often shouted down by highschool groupthink (peer pressure is actually incredibly effective, by the way).  Normalisation of periods, let alone more education about the crippling pain that can accompany them, would go such a long way to making the whole high-school-whilst-bleeding experience easier.

One piece of good news is that Australia’s Endometriosis Action Plan does include more education at school level on endometriosis, particularly in rural, regional, remote and indigenous communities.  These are places that, even more so than everywhere else, really suffer from a lack of proper medical care and education.  I live in a city with two hospitals within a half-hour drive of my house and I sometimes struggle to get appropriate treatment.  Imagine if you live in a small community with one GP (particularly an older male one who is dismissive of endo and period pain) and the nearest hospital, specialist or second opinion is hundreds of kilometres away.  I had to drive all over town to try and get hold of my Zoladex.  People in remote regions may have to travel for hours and still need it to be shipped in from another location.  I’m really glad to see the government planning for change in the provision of healthcare and education.

Do you feel that endometriosis should be discussed in schools?  Should it be part of an expanded sex-ed curriculum, a discreet topic or presentation, or should it come in somewhere else, such as a biology lesson?  What do you think of the Action Plan?  Let me know in the comments.