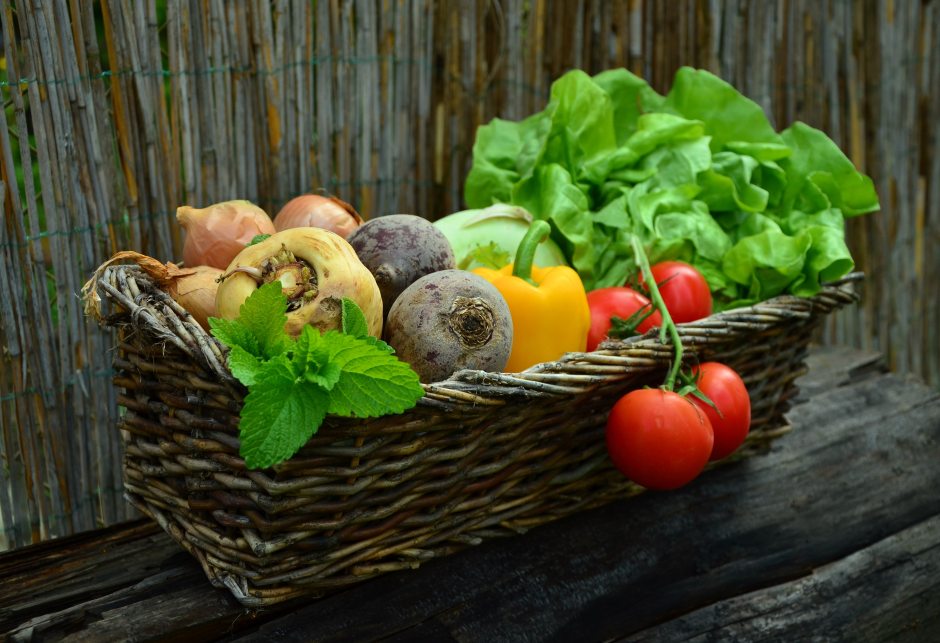 Yes, it’s your obligatory spot-the-vegan post.  I’ve mentioned that I’m vegan before, I know, but today I want to explain why and how it gels with my endometriosis.

I’ve been vegan for just shy of four years, and was vegetarian for maybe two years before that.  Veganism is a change that I would encourage everybody who possibly can to make.  I know that not everyone can.  For people will allergies or intolerances to common ingredients in fruits or vegetables, such as fructose, or someone with a thyroid problem exacerbated by certain plant foods, veganism may simply not provide the nutrients they need.  Someone with an eating disorder may find that the limitations on their diet trigger a collapse back into incredibly restrictive, unhealthy meal management.  Some people simply may not live in an area that allows them to obtain healthy vegan food.  However, that leaves a vast number of people who can.

I have three main reasons for my veganism, and I’ll outline them below.

1)  It is the healthiest diet for me

I’m not suggesting that a balanced omnivorous diet can never be healthy; quite the opposite.  However, I have high cholesterol.  Cholesterol levels are supposed to be a 5.5 to a 6.5 on the scale my doctor was measuring on.  I was a 6.7 as an omnivore, and got up to 7.2 as a vegetarian (because I replaced my meat intake with cheese and eggs, which are both full of the stuff).  As a vegan, my cholesterol is finally back down in a health range.  A vegan diet is naturally cholesterol free, so that’s no longer an issue for me.

A plant-based diet also cuts out many of the things that are bad under both the endo diet and the low FODMAP diet (predominantly red meat and dairy), so it helps me manage my endo very easily from a diet perspective.

Finally, a vegan diet almost guarantees nice, regular bowel motions.  Given that my bowel-endo can often result in constipation, this is a very good thing.  Seriously, 1-3 times a day is quite normal for vegans.  Try it.  Your colon will be shocked.

2) It is the cleanest diet for the environment

Climate change remains a hot button issue today, with the vast majority of scientists agreeing that the climate is changing and that humans are a major contributor.  It is estimated that livestock takes up about 18% of our emissions, according to a widely-cited 2006 study.  Robert Goodland and Jeff Anhang estimate it actually accounts for around 50%.  The Food and Agriculture Organisation of the United Nations also cites livestock as being responsible for massive amounts of deforestation, soil erosion and polluted run-off.

Our seas are also being rapidly overfished, with the heartbreaking problem of bycatch persisting in gill net, purse-seine, long-line and trawling methods.  Sharks, dolphins and sea turtles are all victims of circumstance.  Aquaculture is no better, with 1 tonne of farmed salmon taking the equivalent of 3-4 tonnes of wild-caught to feed.

Yes, plant-based agriculture still costs land, but if we are using it all to feed humans instead of billions of livestock each year, that will be a far more efficient use of it, and it will take less space overall.  People like to say that overplanting soy is destroying the Amazon.  It is, but who eats most of the soy?  Cows, not vegans.

3) It is the kindest diet to animals

Yes, yes, I know that mice will sometimes get caught up in combine harvesters and eat pesticides, etc.  However, as I said, the majority of plants are already being grown to feed to livestock, so that is happening anyway.  By adopting a vegan lifestyle, you not only reduce the incidents of that, you avoid the animals that are being fed this mouse-bloodied plant matter from being killed as well.

To me, it doesn’t matter whether an animal is treated well in its life if it is going to be slaughtered a fraction of the way through it.  This article outlines why “humane” raising and slaughter is not an ethically sustainable position far better than I ever could, and I’d encourage everyone to read it.

I arrived at veganism through the animal branch, and my reasons boiled down to essentially these two things:-

Things like dairy and eggs, that by their nature involve the exploitation of the female reproductive system, also don’t sit well with my position as a feminist.  As a person with a grasp on logic, I also don’t love the weird disconnect between our treatment of domestic animals and livestock.  The underlying attitude is just overwhelmingly one of entitlement towards the bodies of others.  It’s an attitude I hate between humans, and I don’t like it any better between humans and non-humans.

These are my reasons at their most basic.  For me it is a decision I don’t regret – I am still sometimes overwhelmed with sadness at the cruelty against animals in this world, and this is one way my battered old body can protest against it and not contribute to it.

Unfortunately, there are bad actors in the vegan community.  There are those who thing animals are gods and humans are mud and will actively stamp on humans to help animals.  There are those who don’t care about racism, ableism, sexism or classism, etc, either in their vegan advocacy or in their lives in general.  There are those who think I must be veganning wrong because it hasn’t cured my endo, so I need to eat raw organic food only, or something.  Like feminism, I strongly believe veganism must be intersectional.  There is no point in fighting one sort of oppression if you don’t care about others – and after all, humans are animals too.

Are there any vegans amongst my readers?  What were your reasons?  Has your diet assisted your endo at all?  Let me know in the comments.

One thought on “A Vegan with Endo”